A Culture’s Attitude and Response to Menstruation and “Period Blood”

Accurately Mirrors How Women are Perceived and Treated by That Culture in General. 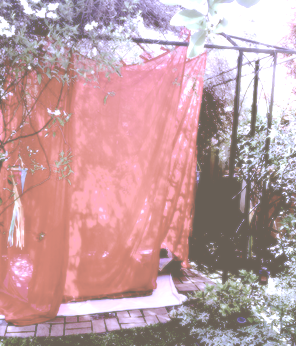 Before the use of artificial lighting and the manipulation of the menstrual cycle through pharmaceuticals, a woman’s monthly flow was quite naturally and very obviously aligned with the moon and it’s phases. The words menstruation and menses are both derived from the word “mene”, the Greek word for moon, and a woman’s menses and the moon follow the same monthly pattern.

When women live closer to nature without the interruption of big city lights and constant electronic exposure, their period naturally aligns with the lunar calendar.  She will menstruate around the new moon (become empty), and ovulate around the full moon (become full).  When the relationship between a woman’s body and mother nature is strong, she does not project frustration onto her natural rhythms, nor does she experience as much pain or discomfort.  She is more able to “go with the flow” while the fluids in her body (along with all bodies of water on Earth) wax and wane with the moon. 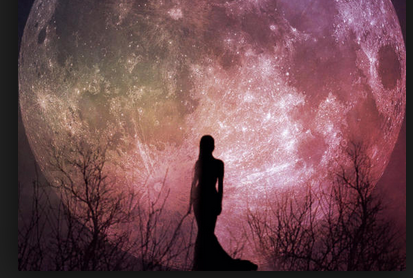 Many ancient cultures revered women who were menstruating, believing them to be filled with psychic and healing powers.  Period blood was even given as medicine to those who were sick.  Modern scientists are now starting to understand what ancient wisdom has always embraced…The fact that menstrual blood is one of the most sacred and nourishing substances on earth; designed to provide all the vital force and miraculous energy needed to create life.

Modern researchers are discovering that stem cells found in menstrual blood can be used to treat a variety of illnesses.  After the lining of a woman’s uterus is shed each month, it must be rebuilt in preparation to house a newly fertilized egg.  This requires a woman to grow billions of cells and make a new lining in just seven days. Scientists have found that these cells proliferate faster than stem cells derived from umbilical cords or bone marrow, doubling every 19.4 hours. 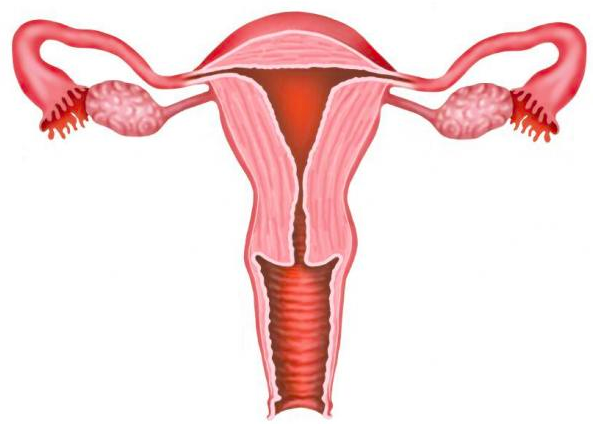 What a wonderful thing for a young woman to deeply understand, respect and value the gifts of being female at the start of her first menses. Purposefully taking the time to celebrate the sacred power of the feminine creates a much different experience than ignoring it, hiding it, and surrounding it with negative language and attitudes.

When there is celebration at menarche, young women feel empowered, and as a result they gather empowering people around them.  They are drawn to men who support and cherish them during their cycles, instead of men who are “grossed out” and avoid them.  They honor and listen to their monthly cycle, instead of hating it, trying to control it, sometimes even attempting to banish it all together.

A Red Tent Ceremony is a beautiful way to celebrate a female’s entrance into womanhood.  The red tent represents the womb and all the love and creative power a womb symbolizes. But a mother doesn’t have to wait until an official red tent ceremony to include her daughter in “Red Tent Ritual.”  The door to red tent ritual should be opened and inviting her in from the day she is born.

On the most symptomatic days of my menstrual cycle, I’d gather my two girls in bed with me and we’d speak to our bodies.  We’d lay on our backs with our legs in the air, stroke our thighs and say “I love you legs!  Thank you for being strong and taking me where I need to go.”  We’d rub our bellies and say “Thank you tummy for digesting my food so my WHOLE body can be fed.”

When my daughters were seven and eight, we formed a mother/daughter group with a few other families and met monthly to share our feminine wisdom and celebrate ourselves as females.

This picture was taken from one of those early monthly gatherings.  The mothers brought a variety of fruits and vegetables and a picture of the female anatomy.  The girls laughed and enjoyed themselves as they built a female body, figuring out a creative way to add menstrual blood by smashing pomegranate seeds.

When each girl had their first period, we got together and celebrated.  Each Red Tent Ceremony we had was different.  We did them in backyards, in the mountains and on the beach.  Some were more extravagant and ritual heavy, and others were quite simple.  Each girl took the lead in creating her own celebration and the different ceremonies reflected each girl’s unique personality. 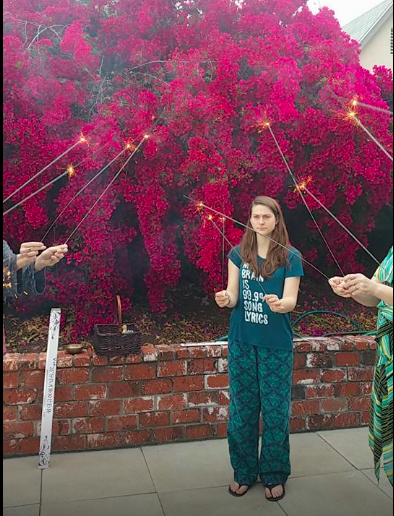 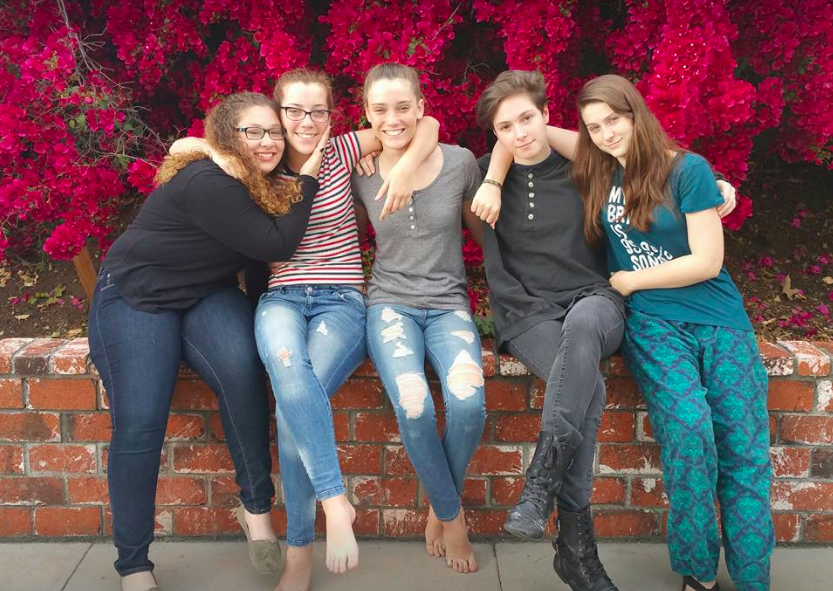 How the divine feminine was celebrated was not important.

All that was mattered was that it was celebrated and joyfully welcomed into each girl’s life.

Taking the time to celebrate our bodies, our cycles and our sacred feminine power creates a frame of  mind that naturally and easily attracts respectful, loving male energy.

When we adore and listen to our bodies, and refer to them with loving language,  we help to create a society that celebrates the female form and all the female wisdom found within it.

If our bodies feel bloated a few days out of the month, we shouldn’t respond with contempt.   Let us simply remind ourselves that as estrogen levels rise, our bodies retain more water…just as when the tides rise, the bay retains more water. 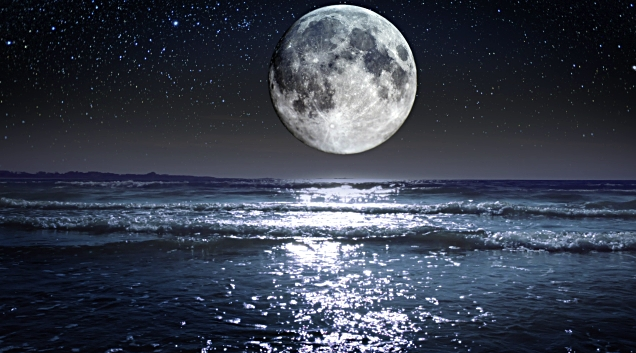 Do we despise the ocean at high tide?  Do we complain that the moon looks ugly when it is full and round.

Let us have a positive and grateful attitude about our natural cycles and how they play out in our bodies, that our culture may perceive them as the miracles that they are and treat them with the profound respect they deserve.

I can help you create red tent/self care rituals so that you can implement them with your pre-pubescent daughter… that she can grow up with a sense of wonder regarding her power as a female and remain connected to the rhythms of the wild world around her and within her.

I can also assist you in creating a Red Tent Ceremony to perform with your daughter upon her entrance into womanhood.